The term liquid biopsy is a fairly recent addition to the scientific literature (1,2) and was originally defined as “A test made on a sample of blood to determine the presence of either circulating tumor cells (CTCs) or circulating DNA fragments (cfDNA) from a tumour circulating in the blood”. Its importance lay in the minimally invasive approach needed for a blood sample for either CTC or cfDNA analysis and so could be repeated on the same patient at relatively frequent intervals and with minimum discomfort. It is also clear that this DNA may also be used in the monitoring of treatment (3,4) as well as prognosis.

Normally, a biopsy describes a small sample removed from a solid source [e.g., liver biopsy removed by fine needle aspiration (5)]. However, liquid samples can be removed routinely from a variety of sources from the patient in addition to blood [e.g., saliva, urine, cerebro-spinal fluid, peritoneal fluid, breast milk, tears, amniotic fluid, bronchial lavage aspirates and seminal fluid]. In many ways, therefore, the term liquid biopsy, should perhaps also be extended to include these other liquid sources employed for the identification of cfDNA and cfRNA (6) that form a basis for description by the term liquid biopsy so providing a relatively simple, minimally-invasive general approach. In particular, the use of blood for the detection of foetal cfDNA, first shown to be present by Lo (7), offers a minimally invasive approach to the diagnosis of foetal genetic defects and so a less dangerous approach than amniocentesis.

Although the initial definition limits the term to ctDNA in blood, it is also important to note that there is a range of components circulating in human blood including cfDNA/cfRNA from the breakdown of leucocytes, bacteria, viruses, mitochondria, cell and tissue necrosis, cell apoptosis, cellular release of exosomes, transposons, retrotransposons and virtosomes; parasite nucleic acids and leukocyte surface DNA. Of particular interest, in relation to the articles that follow, is the wide range of RNAs found in peripheral blood, namely: mRNA, tRNA, rRNA, snRNA, snoRNA, dsRNA, RNAi, siRNA, miRNA, piRNA, circRNA, ceRNA and lncRNA (11).

The term liquid biopsy should also be expanded to include studies on exosomes with their variety of RNA content. In addition, consideration should be given to actively released DNA (12-15) as opposed to that only released by apoptosis and necrosis.

Examination of the technologies involved in liquid biopsies show their potential importance in the study of cancer and the various related aspects. The following articles in this special number may be considered in three parts, one dealing with CTCs, one with ctDNA and its associated histones whilst the third is based upon exosomes and the relevance of their RNA components.

CTCs can provide a useful guide to the genetic changes found in both the primary tumour and its metastases. The review on CTCs by Mai relates to their use in patient management whilst that by Riethdorf offers a resumé of various studies aiming to analyse miRNA expression in CTCs. Some of such miRNAs interfere with the post-translational activities of mRNA and may be involved with tumour development and progression. This could offer a way to a better understanding of the regulatory mechanisms involved in tumour cell dissemination and, possibly, the cellular origins of miRNAs.

Obviously, it is important to identify the presence of a tumour in a patient at an early stage and especially before it has had a chance to metastasise. Thus, Schmidt and Fleischhacker question the readiness of the use of liquid biopsy in early analysis. In particular, they consider the basic issues of handling the blood sample prior to analysis and the features that need to be controlled if liquid biopsy is to be successfully clinically applied across many different laboratories. Early detection is also a theme considered by Tanos and Thierry in their discussion of the clinical relevance of liquid biopsy for cancer screening and the usefulness of cfDNA, CTCs, cfRNAs as markers to form the basis of clinical tests.

Heitzer and colleagues examine the use of circulating tumour DNA that reflects the full spectrum of tumour-specific alterations. Many approaches to liquid biopsy involve targeted ctDNA fractions, although this may be considered to be an inadequate approach given the changing genetic landscape in tumours. Hence a review of untargeted approaches is offered to highlight the possible advantages—and limitations—of this approach over the targeted studies.

Size has become an important factor in cfDNA analysis for tumour markers with arguments existing in support of both the larger-sized versus the smaller fractions in early cancer detection (24,25). Grunt et al. describe below both methods and the various technical platforms by which cfDNA fractions are enriched and isolated for their identification of size profiles in plasma and serum.

Epigenetic changes have also been examined in cfDNA. Here, Rykova et al. consider investigations into cfDNA-based methylated markers including advances in analytical methods and their application to liquid biopsy cfDNA especially as applied to lung cancer diagnosis, treatment prediction and disease prognosis. Equally, Yörüker et al. discuss the post-translational modifications (PTHMs) to histone proteins that can affect gene expression and chromatin packaging. Enzyme systems involved in these processes can be affected in cancer cells so leading to changed global patterns of PTMHs in different cancers and hence their potential use as biomarkers.

Early studies indicated that unwanted RNAs could be destroyed by exosomes containing RNAse (26) exosomes being found to contain many domains with RNAase activity. Thus, on release into the blood stream, they could affect the RNAse levels. However, it is now clear that exosomes act importantly as vehicles for transferring a broad variety of RNAs between cells, so acting as an inter-cellular signalling system with important roles in both normal and pathological physiological activities. Their presence in a range of body fluids makes them useful clinically primarily through the range of RNAs, as well as DNA, in the signalling process, and hence as possible biomarkers in the tumour situation.

As with cfDNA, exosome preparation is of fundamental importance if the role(s) of the various RNAs in pathological conditions and their possible use as biomarkers can be replicated by all laboratories. Milica and de Marco discuss the inefficiency of the exosomal isolation and purification methods resulting, ultimately, to possible misleading results. They review the commonly-used approaches and consider their applicability for working with clinical material. Two forms of RNA found in exosomes are the non-coding microRNAs (miRNAs) and long non-coding RNAs (lncRNAs). The former is often deregulated in tumour cells leading to changes in the expression of tumour associated genes. The problem of standardized miRNA preparatory methods from plasma/serum of cancer patients is considered by Schwarzenbach. The other important form of exosomal RNA, lncRNA, is discussed by Dragomir et al. as it is an important regulator of physiological processes that is deregulated in cancer. These authors consider the action of exosomal lncRNAs in cancer as well as their possible interactive roles with other RNA species. The final contribution on exosomes by Meng et al. concerns not only exosomal roles in cancer and their possible use as biomarkers, but also exosomes as therapeutic target and drug delivery vehicles. 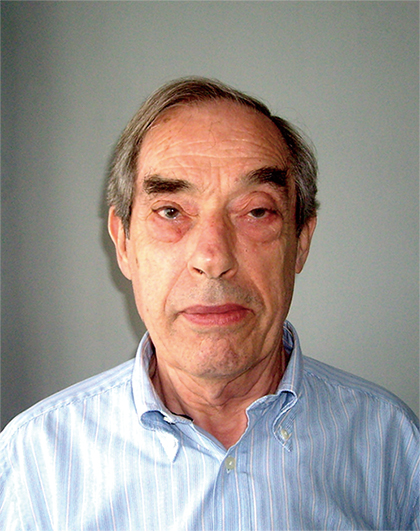