Effectiveness of crizotinib in a patient with mesenchymal-epithelial transition overexpression/fluorescence in situ hybridization-negative/next-generation sequencing-negative advanced lung adenocarcinoma: a case report 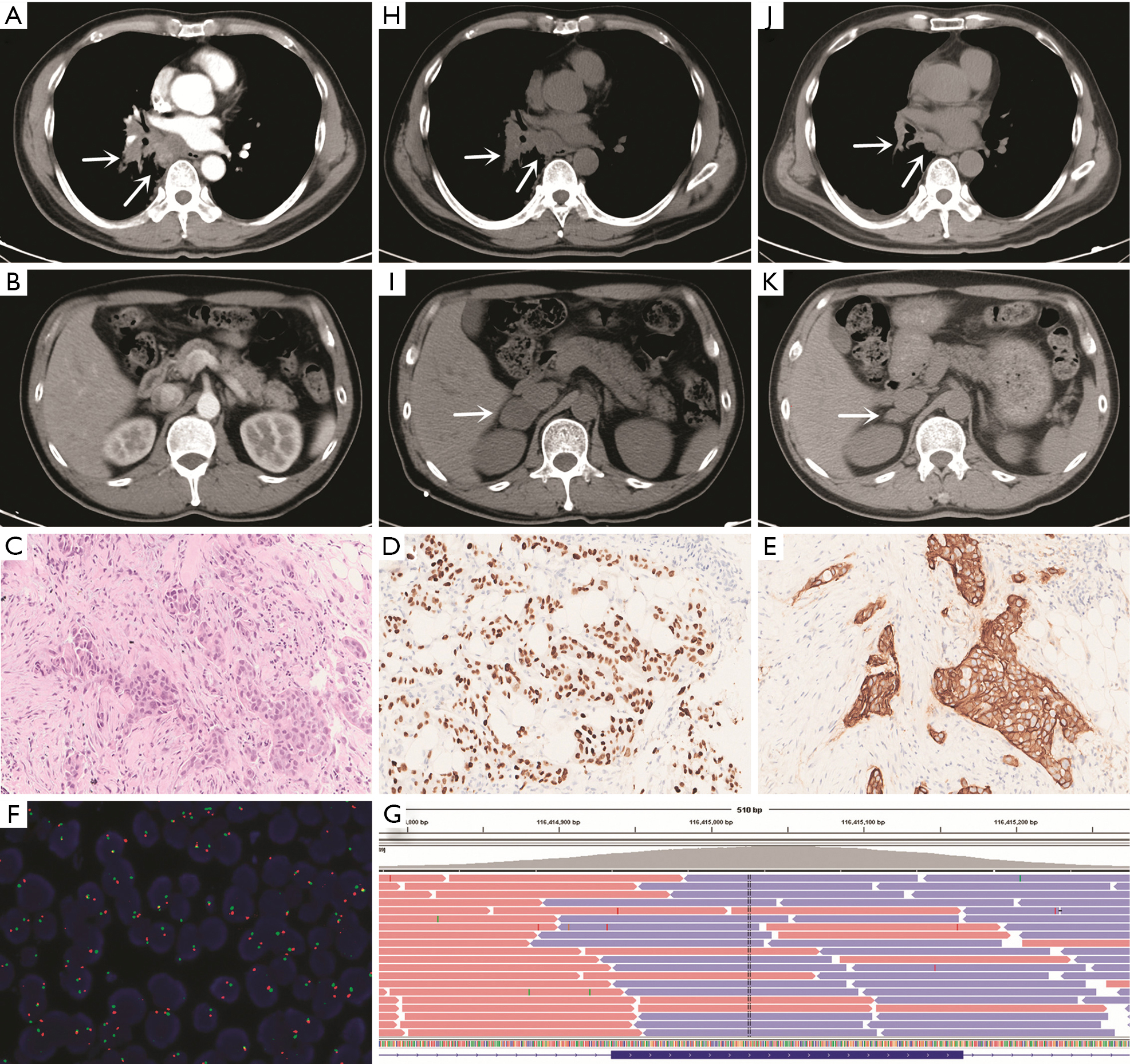 While crizotinib is recommended in advanced-stage NSCLC patients with MET amplification or MET exon 14 skipping mutation by NCCN guidelines, we report its effectiveness in an advanced lung adenocarcinoma considered MET IHC-positive/FISH-negative/NGS-negative.

Few studies reported the treatment efficacy of crizotinib in NSCLC patients with MET overexpression/FISH-negative. Li et al. demonstrated that 11 advanced NSCLC patients with de-novo overexpression of MET achieved PR to crizotinib, of which 3 patients showed MET IHC strong positive without MET amplification and ALK or ROS1 rearrangements (9). Our case also achieved PR to crizotinib based on MET IHC staining. However, the 3 patients in Li et al.’s study did not undergo gene sequencing to determine the MET exon 14 mutational status, and hence the effective treatment of crizotinib in these 3 patients may be attributed to the presence of MET exon 14 mutation. In view of the above-mentioned uncertainty, NGS was applied into our case and no MET exon 14 mutation was found, in addition to negative finding for MET amplification and ALK or ROS1 rearrangements.

The authors thank Jiali Mu and Ruomei Dong for their technical assistance.